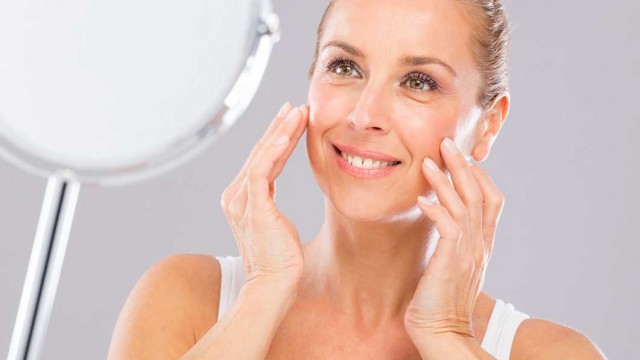 CHICAGO – A 30-minute daily or alternate-day facial exercise program sustained over 20 weeks improved the facial appearance of middle-aged women, resulting in a younger appearance with fuller upper and lower cheeks, reports a new Northwestern Medicine study. This is the first scientific study to test the premise of facial exercise improving appearance. 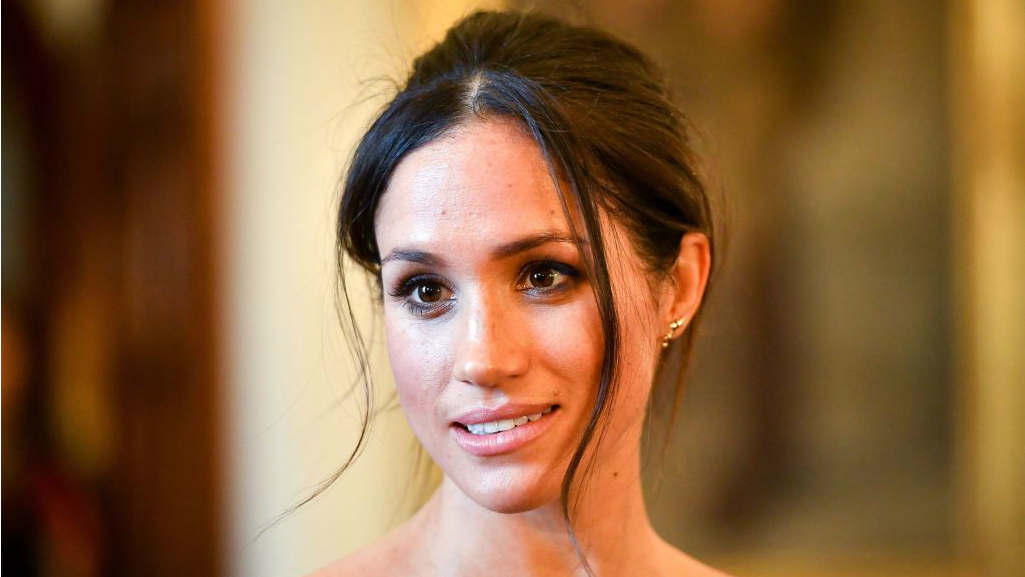 Soon-to-be royal Meghan Markle’s starring role on Suits made looking young — as is inevitably the case in Hollywood — a priority. So when the 36-year-old started to feel the effects of aging taking shape, she did what any self-respecting woman of a certain age does: face yoga.

The practice —  which involves an intricate set of movements to tone the muscles in your face — has been around for years and is widely credited to Anelise Hagen, a New York yoga teacher. Hagen published a book on it in 2006, aptly titled Yoga Face. In it, she bills the practice as a “natural alternative antiaging regimen that women can do anytime and anywhere —and in just minutes.”

Markle, who is set to marry Prince Harry on May 19 in England, said she was introduced to the antiaging concept by famed facialist Nicholas Joss. “I do facial exercises from one of my favorite aestheticians … who basically has you sculpt your face from the inside out,” Markle recently told Birchbox. “I swear it works, as silly as you may feel. On the days I do it, my cheekbones and jawline are way more sculpted.”

Hagen says her motivation for creating a face yoga practice stemmed from her own desire to relieve the facial and neck tension she felt. “Facial muscles are involuntary. They give away our secrets — whatever we’re thinking or seeing,” Hagen tells Yahoo Lifestyle. “Tension has a strong gravitational pull, and when you release it, even just stretch your face, it feels better.”

What began as workshop at a local New York studio soon blossomed into a regular class, a book, and now an entire movement. Hagen’s theory, which has been adopted by many ”face yoga experts” in her wake, is that the muscles in your face are no different than muscles in the rest of your body. If you don’t tone them, they will sag. So face yoga does just that, in a series of unusual, awkward, and — sometimes — bizarre moves.

When Hagen premiered the idea of face yoga years ago, she says, many were quick to downplay it. “There were a lot of doubters at first, most of which came from the plastic surgery world,” she tells Yahoo Lifestyle. “But now there have been a lot of studies that have validated my work.” To get the news that a soon-to-be princess now uses the practice was even more exciting to Hagen.

“It’s super validating when someone like that is associating with the work I’ve done,” Hagen tells Yahoo Lifestyle. “I’m happy to hear Meghan is embracing it. She’s a positive role model for beauty, inside and out.” While Hagen is now taking the phenomenon internationally, hosting a retreat in Costa Rica this March, others are still growing the face yoga community on U.S. soil.

The process works by stimulating blood flow to the hypodermis (lower layer of the skin), the dermis (middle layer), and the epidermis (upper layer). “Working all these layers correctly will increase the blood circulation, allowing more oxygen and more nourishment to reach the cells of the skin,” Collins said. “The result is a clear, healthy complexion with a beautiful glow which has less toxins and has a better ability to absorb moisture.”

A study from Northwestern now offers the first scientific evidence that face yoga works. Published in the Jan. 3 issue of JAMA Dermatology, the study found that middle-aged women who did a 30-minute daily (or every-other-day) facial exercise program for 20 weeks ended up with “a younger appearance, with full upper and lower cheeks.”

Led by Murad Alam, MD, a dermatology professor at Northwestern University Feinberg School of Medicine, the study suggests face yoga could be a low-cost, all-natural antiaging option. “Now there is some evidence that facial exercises may improve facial appearance and reduce some visible signs of aging,” Alam said. “The exercises enlarge and strengthen the facial muscles, so the face becomes firmer and more toned and shaped like a younger face.”

To determine the ages of the women in the study, two dermatologists relied on a standardized facial aging scale (Merz-Carruthers Facial Aging Photoscales) that looks at 19 different features of the face. The most significant changes reported were in the upper and lower cheeks, resulting in an overall decrease in the average ages estimated from 50.8 years to 48.1 years).

While Markle’s endorsement may be reason enough to try face yoga (because, hey, if she’s marrying a prince, she’s got to be doing something right), the JAMA study should be taken with a grain of salt. The results suggest face yoga could be beneficial, but much larger studies need to be done in order to say definitively that it’s helpful.Until then, feel free to try it. But unless your job requires weird faces, save it for home.